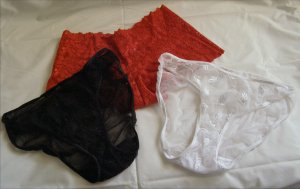 The story of Santa Claus starts, as every good story should, with the link between a missing historian, a famous dessert, a pair of women’s underwear and the New York professional basketball team.

The missing historian in question was the New York amateur historian Diedrich Knickerbocker. Knickerbocker was of Dutch ancestry and his major historical research project A History of New York, which was published in 1809, told the story of the early Dutch settlers to what was then New Amsterdam.

Knickerbocker himself had disappeared by the time of publishing. He had been staying in the Columbian Hotel in New York but had disappeared without paying. The manuscript for the book was found amongst his belongings and the landlord, keen to recoup his lost rent, decided to publish the book. Adverts were placed in the local newspapers trying to find Diedrich Knickerbocker but the mystery of his disappearance remained unsolved for many months. Even after the truth was discovered, Diedrich Knickerbocker was never seen again. To this day, his body has never been found.

Nonetheless, Knickerbocker’s research is significant as it shows the point where St Nicholas became Santa. He describes the Christmas traditions of the first Dutch settlers, the building of the Church of St Nicholas (the first church ever built in New York) and the place that St Nicholas’s Day took in the hearts of early New Yorkers. He explains how St Nicholas flew over the houses in a cart pulled by horses and would shimmy down chimneys to deliver gifts. Essentially the description was so vivid that Knickerbocker became the first man to chronicle the modern Santa Claus.

There were two very small problems with all of this. The first is that Diedrich Knickerbocker never actually existed. The second is that the ‘traditional celebrations’ he described were entirely fictional.

In actual fact Knickerbocker’s History of New York was an elaborate joke by the then-unknown writer Washington Irving, who would later become famous as the writer of ‘Rip Van Winkle’ and ‘The Legend of Sleepy Hollow’. It was intended as a satire of stolid, worthy and pompous history books, and the debacle around Dietrich Knickerbocker was partly a joke and partly a publicity stunt that had several unexpected consequences.

Firstly, Diedrich Knickerbocker himself, for a man who never existed, turned out to be distinctly influential. The word Knickerbocker became a slang term for New Yorkers with Dutch ancestry and ultimately New York itself. The New York Knicks and the Knickerbocker Glory ice cream sundae both take their name from the fictional character. When the book was published in England, the illustrations were done by Charles Dickens’s illustrator – a man named George Cruikshank. Cruikshank’s drawings of old-style Dutch trousers resembled ladies undergarments of the day and ultimately led to female underwear being referred to as ‘knickers’.

Secondly, whilst Irving’s traditions of St Nicholas in New York were almost certainly invented by him on the spot, they turned out to be surprisingly popular. St Nicholas might not have been known to fly through the skies and climb down chimneys before Irving’s writings but he quickly gained a reputation for it.

Washington Irving’s influence on  Christmas does not end there. In 1819 and 1820 whilst living in England he published The Sketch Book, which included a series of stories set in a fictional country house named Bracebridge Hall that popularised English Christmas traditions of the past in America (and indeed in England too). Along with Charles Dickens, Irving’s writings did more than anyone to promote the idyllic traditional Christmas and set out the customs and traditions that form part of our ideal Christmas today. Much like Dickens’s Christmas stories, Washington Irving’s tales purported to capture the spirit of Christmas traditions of yesteryear but actually helped invent much of what we now think of as the ‘traditional’ Christmas. Although Irving had spent a lot of time at Aston Hall near Birmingham, he later admitted he never actually witnessed any of the Christmas traditions that he described.

“Bad Santas and Other Creepy Christmas Characters” is available now from Simon and Schuster.  As far as I can establish, the image of Washington Irving  is by John Wesley Jarvis, the image of a Knickerblocker Glory comes from http://knickerbockersicecreamparlour.co.uk, the New York Knicks’ logo belongs to them and I took the image of women’s knickers from Wikipedia.